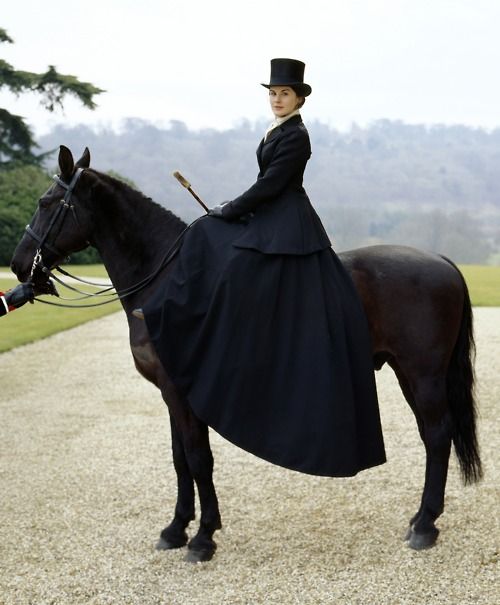 Posted at 14:31h in Lifestyle by lberglie 0 Comments
0 Likes
Share

It seems I’m always a little late to the party with most aspects in life (especially fashion, although I’m trying), and TV is no exception. For years, numerous friends have asked me if I watch Downton Abbey, to which I’ve always replied, “No.” The response was always the same. “You don’t? I feel like it would be right up your alley!”

Well, they were all absolutely right. After finishing Gossip Girl (Chuck and Blair forever!) on Netflix, I knew that I wanted to give Downton a shot, and since we have Amazon Prime, we were good to go. After just a few minutes into the first episode, I was hooked. The foxhunting scene a few episodes later was really quite beautiful and contained two of my ‘horsey bucket list’ items. The first is to ride sidesaddle one day. The second is to ride across the English countryside, (but not sidesaddle!).

While all of the characters are charming (except maybe Thomas and O’Brian), my two favorites are Lady Mary and Violet Crawley, Dowager Countess of Grantham. Both women are strong and feisty, and Violet’s one-liners crack me up! I also have a soft spot for Anna and her Mr. Bates. I am on the second or third episode of season three.

If you haven’t watched Downton, give it a shot! A few people told me that the series is slow to start, and while I can see that, it didn’t have any trouble grabbing my attention. 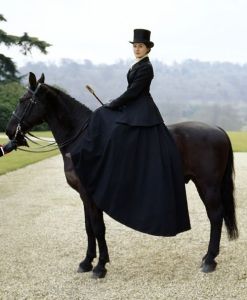 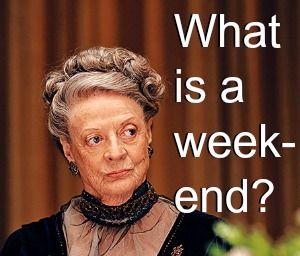