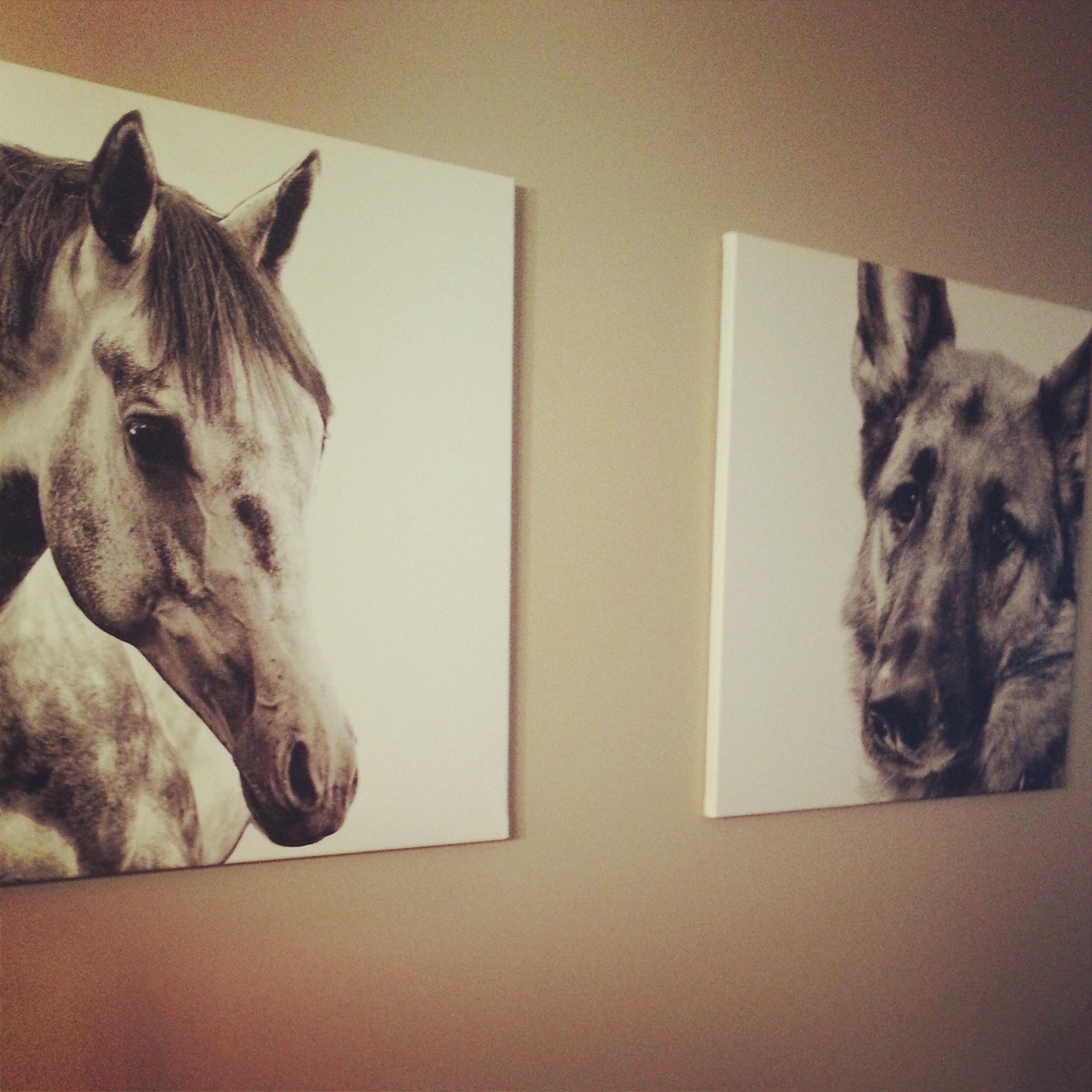 …decorate with pictures of their equine and canine babies, naturally! James took both of these pictures about five years ago, and they’ve been hanging together ever since.

He was able to photograph Izzie at home in front of a white backdrop. James does a lot of product photography for a women’s shoe company, and in the middle of his session one day, Izzie came in, demanding he take a break. While she was gracious enough to pose for a few photos, her sad face is saying, “Dad, can you please hurry up so we can play ball?” She’s such a doll.

Misty’s picture was a little more difficult to capture as we couldn’t bring her in the house and prop her up in front of a backdrop! Instead, we took her to the highest section in one of her fields and positioned her so the sky was her backdrop. In post-production, James edited out the clouds (and anything else that may have been in the way) for a smooth, pristine image. I think she looks like a little Arabian here!

To bring out the equestrian flair in the room, I hung simple D-ring snaffle bits on either side of the pictures, (only the one next to Izzie is pictured). They were both old bits of Misty’s that weren’t being used, so I polished them up and grabbed two little nails. Equestrian décor – easy as pie! 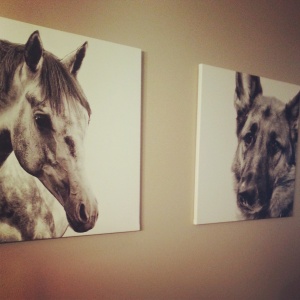 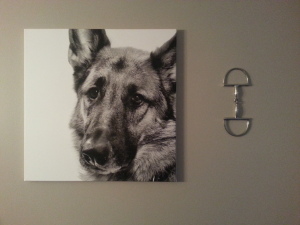