The Cat Who Never Hissed 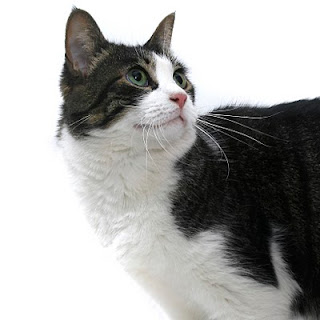 13 Mar The Cat Who Never Hissed 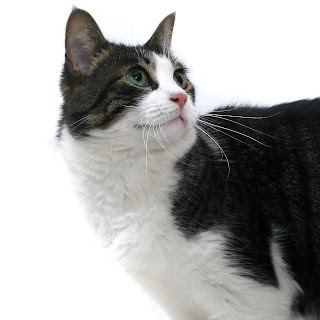 I live with three cats, and the only reason I know this is because the food I leave out disappears and the litter boxes I put out get full (ick). My cats are fairly reclusive (all were strays rescued as kittens) and are afraid of my German Shepherd, Izzie. They have their safe places and almost never venture out to be social…except one.

Two of my cats are actually sisters – we call them the twins. They hate me (for the most part), so their blog posting will come last.

Duckie is the only cat who loves me. She is the only cat I own who has never hissed, smacked, or scratched at me. She’s not a lap cat because of her fear of the dog, but she does her best to be with me when Izzie and I are on different floors of the house.

Duck is also a professional creeper. She seems to know where I am at all times. If I let Izzie outside, approximately one-half of a second passes before she’s rubbing around my ankles. If Izzie disappears downstairs to sleep on our bed, Duck’s beside me on the couch in an instant.

She also stares…a lot. She’ll sit next to me and just stare at me without blinking. I’d probably be a little unnerved by this behavior, but I’m so excited by her presence that I put up with her stalker tendencies without complaint.

And for the record, I do not let Izzie chase the cats, and she is not aggressive whatsoever…but since she never sees her sisters, when she actually does, she can be a little…overzealous with her excitement. But as each year passes, I hold out hope that Duck’s fears of Izzie will prove unfounded and she’ll be out and about the house like a normal cat. At least she makes an effort now, and for that I love her.